Melbourne city had it’s second open day yesterday. Last year, they opened about eight buildings I think. This year it was more than forty! There was a wide range of buildings open but having experienced some queues last year, we headed in early and focussed on buildings out of the centre.

This is the Mission to Seafarers, the oldest Spanish style building of it’s type in Melbourne (I think I’ve got that right). It’s a building that I’ve long been fascinated by and was very keen to see. The idea of the mission was interesting too, although they no longer have the number of sailors sleeping there that once they did.

The chapel had this wonderful ship-type pulpit… 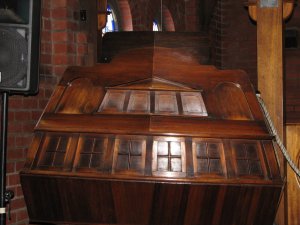 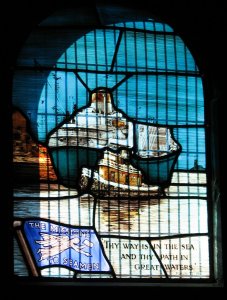 This organ was tucked in a corner. Not sure it gets much of an airing these days. Beautiful though.