Sounds a bit like a meal, like Surf and Turf etc. But not this time. It was my husband’s birthday and he’s a fan of all things steam. Generally he’s also exceptionally difficult to buy presents for. But again, not this time. Steamrail run a number of trips through the year, and this one just happened to be at the perfect time for a birthday present.

We travelled in this train to Geelong, had a leisurely lunch, then boarded the (diesel…although it used to be steam) ferry for a gentle sail back to Melbourne. It is true that some of the younger members of the family found the return trip a tad longer than they would have liked, but we played cards and (lest you think technology stayed away) Fruit Ninja.

The ferry very comfortably seats 200. Although there was plenty of moving around too. 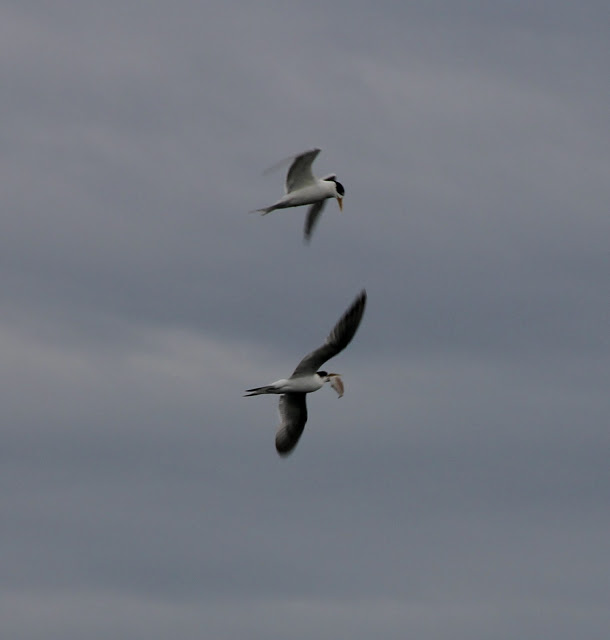 I snapped these two several times, but only realised later that they were not just flying aimlessly, that one was after the fish the other had caught.

These wading birds were so close to the water, I don’t know how they didn’t dip their wings and topple in.