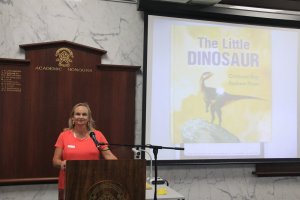 Last night Catriona Hoy and I joined Pam McIntyre, Susanne Thwaites and Pam Horsey (channelling her inner Bec Kavanagh) presented our Clayton’s shortlist titles to a gathering of bookpeople at the CBCA Vic Clayton’s Night. I was presenting the Early Childhood section and Catriona, the non fiction.

Knowing that it’s almost impossible to catch a closed-mouth photo of a speaker, these are two shots we prepared earlier. 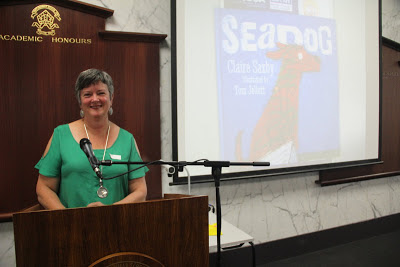 And here are our shortlists: